This live construction video is recorded on the construction jobsite. The video highlights the proper techniques for marking foundation for a constructing a building. In this video a sample plan is given for the living room and kitchen room with the dimension of 11’3”x9’3” for both. Here, centerline marking is done for 6 numbers of columns.

For marking, 3-4-5 method is very vital to lay out a perfect angle from a specific point on the base line. The method is presented with the following formula:-

Now, from the first point a thread has been laid with an approx. measurement via the intersection point of both the arcs and the third point is settled. So, a L shaped is developed for marking.

To view the complete process, watch the following construction video. 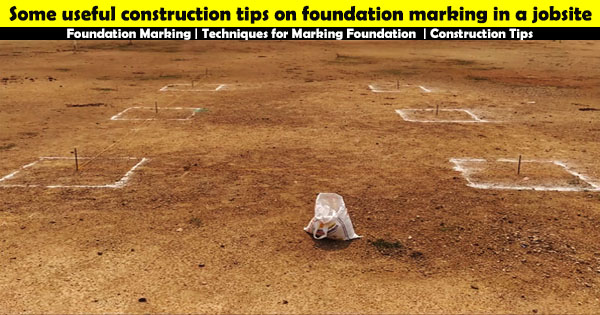